His is the House of Pain.

His is the Hand that makes.

His is the lightning flash.

His is the deep, salt sea.

His are the stars in the sky.

His is the Law.

In H.G. Wells' "The Island of Doctor Moreau", written in 1896, as well as in the 1933 film adaptation, Island of Lost Souls, the creatures' revolt begins when they recognize the 'overturnability' of the law and the mortality of their tyrant-creator, Doctor Moreau.

Vivisected from animals into a half-human, half-bestial state of being by Moreau on an unknown and far-removed island, the creatures are the product of secret medical experiments which had been condemned in London, where Moreau lived before. He transforms a complete array of wild animals into humans in a medical laboratory through operations (without anesthesia), blood re-composition and the administering of a daily regiment for 'being human'. After their transformation, the creatures live under Moreau’s surveillance, observed from a distance in their community on the side of the island opposite the laboratory. Each day they recite the litany for being human. If they are guilty of breaking a law, they are brought back into the surgery or the 'House of Pain' where Doctor Moreau continues operating on them. The slightest mention of the House of Pain almost always suffices in bringing noncompliant creatures to their senses.

Not to go on all-fours; that is the Law. Are we not Men?

Not to suck up Drink; that is the Law. Are we not Men?

Not to claw the Bark of Trees; that is the Law. Are we not Men?

Not to chase other Men; that is the Law. Are we not Men?

Not to spill blood; that is the Law. Are we not Men?

After they realize that their creator and master himself fails to follow the rules he himself has indoctrinated them with, these ‘men’ rise up against him. It is their recognition of the creator’s defiance of his own ‘do not kill’ law that leads to patricide in the House of Pain and the creatures’ seizure of control over the island and over themselves.

Whether or not it is also the case with Wells’ story, the film adaptation does, indeed, articulate a hierarchical order which has ‘established itself’ among the creatures. There is the Sayer of the Law, an ape-human reciter whose full-body human clothes distinguish him from others within the settlement and who plays the role of spiritual leader and proclaimer. New ‘people’ possess different qualities, depending on the original material that they were created out of. The pig people find it most difficult to have good manners, as opposed to the dog people, and the people made out of panthers and leopards have more trouble complying with the vegetarianism precept than the goat and sheep people, who are, in turn, noncompliant because of their feeble minds and their inability to memorize the regiment.

In the course of the story Doctor Moreau orders one of the creatures to commit murder, breaking the laws, which he passed himself and, thereby, exposing the vulnerability of these laws. It doesn’t take long until one recognition leads to another. The recognition of laws being broken by the lawmaker, the variability of those laws’ validity depending on the individual results in the recognition of the overall invalidity of every law upon which previous notions of ‘being human’ were based.

The first huts are in flames. The fire casts twitching shadows onto the cliffs. The screaming creatures circle around Doctor Moreau who tries to command respect with his whip. Step by step, the animal people press-gang him in the direction of the laboratory. They storm the laboratory, chanting “to The House of Pain”, and Doctor Moreau is cut into pieces on his own operating table.

In Wells’ story, the animal people revert to animals during the months after the revolt, while in the 1933 film version they set their own settlement and, ultimately, the entire island on fire. Within this representation of an attempted revolt and upheaval, doomed to fail, this bourgeois description of anarchic chaos and the self-destructive strength of the rebellious and volatile primitive, there is a short sequence in which the creatures turn plaintively to Doctor Moreau in order to protest their state of being somewhere between animal and human.

what transformational strength and what imaginary fields float, in-transit, between two apparently describable and solidly defined states of being and appearance. what mobility and freedom lies in the potential for switching bodies and those bodies’ performances. we are not humans, not tied to the rules of humanness, and we are not animals, not obliged to follow these rules either. We make use of a statute composed of all rules that emerge from the total of all rules of both concepts plus their every possible combination. we are neither man nor woman, not females, not males. We’re not children, parents either. wherever our origins may lie, our movement doesn’t describe a way to go from A to Z. it describes a simultaneous ability to be everything everywhere at every station between A and Z and beyond. we make use of a body that positions itself and moves outside of the stenciled image of any idea of normalcy in terms of gender, race, species, age, class and culture. our body combines signs and codes in constantly changing order, with constantly changing compositions. biologically, our body can be male, female, transsexual, hermaphroditic, intersexual, unnamable. It can be an animal body, a human body, a vegetable body, a distillate body, a body of text, or any combination of all possible bodies. with its performance this body will organize itself at least partly, if not completely outside of its biological constitution. describing it as such has a purpose, namely, to overcome the idea that biology equals destiny.

is the act of naming objects and subjects in our universe an act of friendliness? is space gained through the naming describing and categorizing of difference? alienation and foreignness depend on perspective. when differences between you and me are described, everything and everyone become islands, with eye-contact, but without the possibility to encounter one another outside of self-representation. difficult to mingle or to unite. describing a difference between you and me is a colonizing act and, thereby, a violation which exists to describe territories. territories have outer regions that become denser toward the borders, the passage through which always involves checkpoints and the entities and authorities that do the checking. we will never understand each of our own fights and revolts as being part of one common fight against the colonizing definition-violence of language, a violence fundamental to everything, as long as we use that language. yes, in the country of india there are people with dog heads who bark about certain topics. many in libya are born without heads and have eyes and mouths in their chests. many have both sexes…. people walk hunched over on all fours like animals in ethiopia. many have long noses, horns and goat hoofs. man-eaters with four arms live in hidden settlements in the forests of russia is what people tell people about people to control people.

when I look into the mirror, I glimpse a whole and unified image of a body in the form of a clearly contoured, continuous body, a visual observation that is clearly discrepant to the sense I have of my own body. this sense lacks the completeness and integration of the mirror image. the body’s shape forms the morphological matrix, thanks to which, it appears necessary to learn a false sense of belonging to a species. the ich, or 'I' is primarily bodily, writes freud in das ich und das es. not only is it a surface entity, it is also itself the projection of a surface. if one follows this hypothesis, then sensations and stimulations of the body, especially of the body’s surface, construct the point of departure for the ich. the ich appears as a derivative or projection of a leib-body (a kind of body which is defined by the self’s own bodily self-perception, and not by its mirror image, shadow or vís-a-vís) that manifests itself through bodily sensations—a most plausible thought when it comes to the efficacy of a certain doctor moreau’s ‘house of pain’. Both the general understanding that a separation of ich from body exists, and the image we have of us 'having bodies' refers to the idea of the body’s availability as medium or object of our actions and, thereby, refers to a distance between subject and body. when seen as a means to the representation of distinctions, the body’s form is reliant on the way in which it is staged. It becomes a social product with the participation of cultural taste. constructed by society, it is perceived as the natural expression of a person’s deepest nature. in terms of identity politics, this representation-body can be understood through its role as sign or identification of sexual, ethnic, national, sexual identity or difference. manipulating the described body’s illustrations and appearances as well as manipulating the body itself comes close to the forging personal identification documents, which not only enable transit and entrance into ‘foreign’ territories, but can also have the strength to create new ones. fields spheres etc. this is the subversive potential of virtual-morphological bodies.

can bodies or subjects that obviously exist seem as if they don’t exist? a thing possesses virtual qualities when it doesn’t exist while having the character and affectivity of something that does. virtual specifies an object or subject that is imagined, that is concretized by means of its qualities, that exists, not physically, but rather by virtue of its functionality or effect. in other words, things that obviously do not exist seem to exist or seem to have certain effects. are nations, religions, families and ethnicities virtual bodies? and in contrast, do we know of a technique and practice for voluntary invisibility? is the term, virtuality, reversible? employing one of many possible types of invisibility, we make use of different concepts of ‘passing’ (temporarily appearing to be something that one momentarily is not). passing as man, as ‘straight’, as white, as happy, as old enough, as member. multiplying, passing on and exchanging biographies, insurance cards, names, addresses, jobs, or even clothes, hair and skin, if you will, can lead to the impossibility of being recognized and, therefore, appropriated. we have to make ourselves aware of the strength that lies in electing invisibility, in disappearance, in the inappropriatability of our appearances and expressions. let’s not long for states-of-being like separation and integration. the use of these terms veils the actual picture. the millions and billions of existing differences wish neither for separation, nor for integration.

this text was first published in:

No Matter How Bright The Light, The Crossing Occures At Night 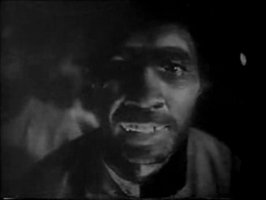 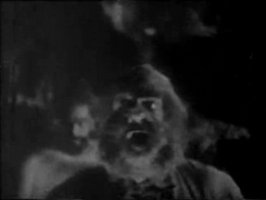 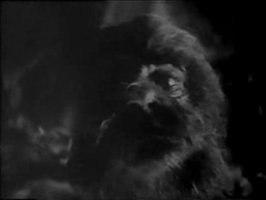 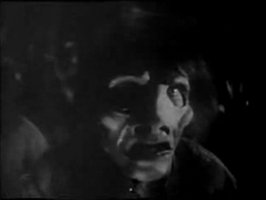